A First Round Signed by Ryan Gerard 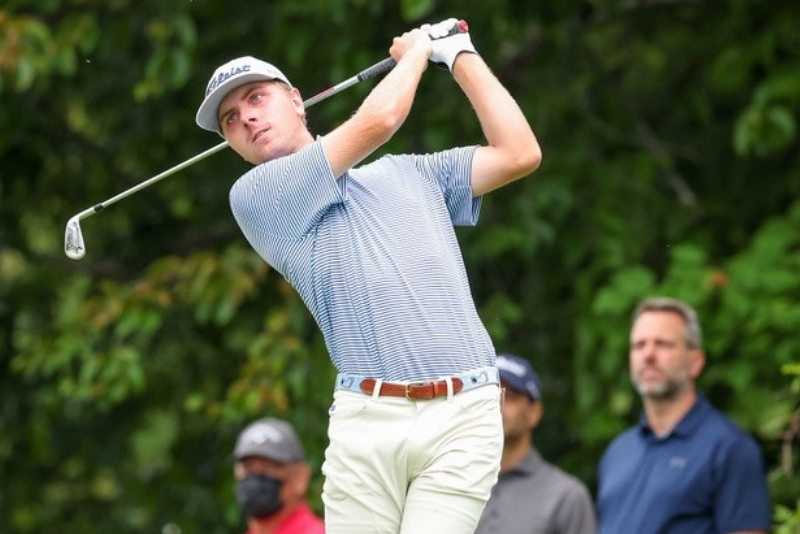 A First Round Signed by Ryan Gerard (Photo credit: Pixelist)

Blainville, August 4, 2022 – The first round of the Québec Open went to Ryan Gerard on Thursday at Club de golf Le Blainvillier. The American shot a -7 (65) to take the lead in the provisional overall ranking of the tournament, which will continue until Sunday.

"I was patient on the course today. It was a little rainy and windy, so I took my time picking my spots to attack," said the Raleigh, North Carolina native, who has been successful on the course of the Laurentians area.

The 22-year-old will have to keep an eye on several of his rivals, including fellow Americans Mitchell Schow, Van Holmgren and Bryce Hendrix, who are tied for second place at just one stroke off the lead (66). 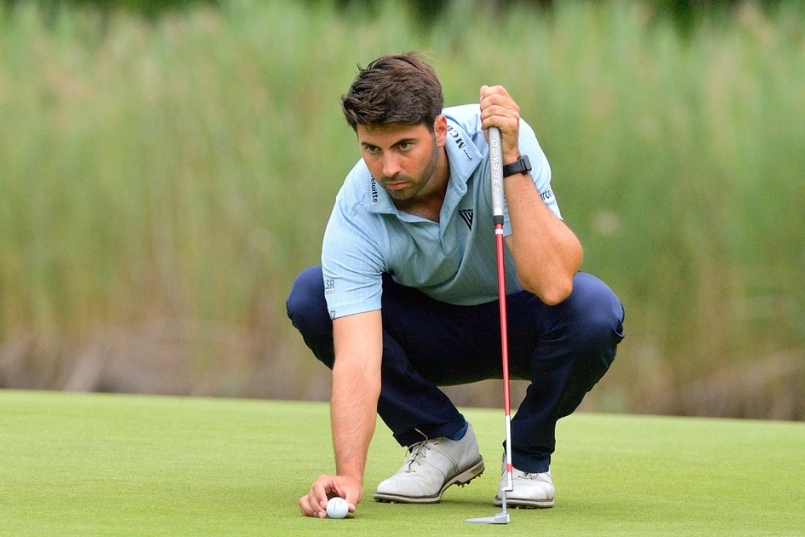 Québec's Joey Savoie will also be a player to keep an eye on in the second round on Friday. Buoyed by the energy of the crowd and his friends and family who came out for the occasion, the Pinegrove golfer started his tournament strong and is currently tied for eighth place at -4 (68).

"There was a lot of energy, so much energy supporting me this morning! I was very excited to be able to play a tournament so close to home and I really started off with a bang. I could see the lines well and I was able to take several shots off par on the front nine. It gave me confidence," explained the player who plans to keep the same strategy on Friday.

"The mindset is to take it one shot at a time and to focus on the moment. I was playing well, but I still made some mistakes. It happens quickly and that's what golf is all about. Fortunately, I was able to finish my day with a birdie and I'm motivated for tomorrow.”

Brandon Lacasse's -4 (68) also puts him in the top-10 of the leaderboard. "I played really well all day and almost never missed the fairway on my tee shots. It gave me good opportunities for birdies, but the putts just wouldn't sink," said the Knowlton golfer, who is brimming with ambition for the rest of the event.

"My preparation for the tournament has been excellent and I know that if I continue to play like this, I am capable of moving up the leaderboard. I can't wait to play again in a few hours!"

Francis Tanguay is another one who recorded a good performance in the opening round of this 88th edition of the Québec Open. Called in at the last minute due to a withdrawal, the golfer and General Manager of Club Triangle d'Or quickly shook off the rust before wrapping up his day at -3 (69).

"I really didn't have any expectations," admitted the player, who is currently tied for 19th place, wearing a smile at the end of the day.

"It's been nearly eight years since I last competed in a tournament! I made a double bogey early at the beginning of the round and my level of stress dropped down. Then I relaxed and took advantage of my many years of experience as a member of Le Blainvillier to finish with a good round. Now I’ll have to keep doing the same thing to get to the weekend rounds.”

There are 14 other golfers from the province participating in the Québec Open this week. Of these, Étienne Papineau (Pinegrove, 70) and Hugo Bernard (Club Laval-sur-le-lac, 70) are in the top-60 after the first day of activities.

The 156 participants will return to Club de golf Le Blainvillier early Friday morning to play the second round, after which a cut to the top 60 and ties will be made to advance to Saturday and Sunday.