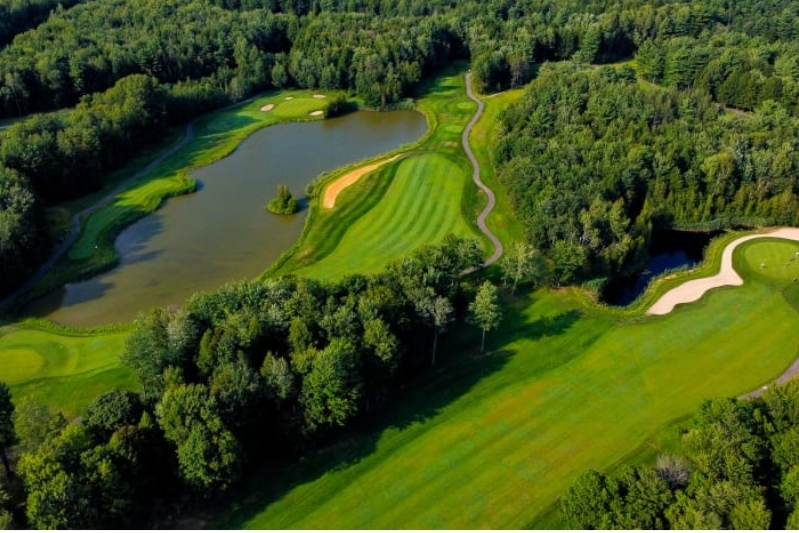 Fresh off his runaway performance last week in Ontario, Noah Goodwin headlines the field at this week’s Québec Open. The 22-year-old Texan, who finished 17-under and won the Sotheby’s International Realty Canada Ontario Open by seven shots Sunday and went wire-to-wire for the victory, became the first start-to-finish PGA TOUR Canada winner since 2017.

“Super thrilled with everything last week,” Goodwin said. “It was just one of those weeks the stars aligned for me.”

Goodwin had four eagles in claiming his first victory as a professional and a giant move in the Fortinet Cup standings, to No. 4, 200 points behind overall leader Danny Walker.

“I feel like my game is really good. There were a lot of positives,” Goodwin said. “Aside from the good breaks and everything, my putting finally felt good.”

Previous struggles with the putter have given way to momentum for the former Southern Methodist star. He’s taking the positives and is determined to stay patient.

“At the end of the day golf is hard,” Goodwin said. “So, I’ve just got to go out there and figure out a game plan like I did last week. Then just try to stick to it the best I can and let everything just kind of work itself out.”

However, it’s often easier said than done. Goodwin missed three cuts earlier this season before everything came together for him. The journey can have ups, downs, twists and turns.

“You try to stay as consistent as possible with your schedule or routine — how you practice, how you approach the game,” said China’s Charles Wang, who had a hole-in-one last week. “It’s such a short season for Canada. All it takes is one good week.”

The first two days are a grind to make the cut, he explained, after that it’s about playing a little more aggressively on the weekends and finishing as high as possible.

“It’s a good layout. It’s simple. I don’t feel like there are any holes where they’re trying to trick me,” said Jonathan Hardee. “I feel like it’s a good tournament golf course for us. It’ll be an enjoyable one, one where I think we’re going to make a lot of birdies.”

Etienne Papineau is looking forward to playing in his home province this week. He was born in Saint-Jean-sur-Richelieu and joins 14 other players from around Québec in this week’s field.

“It feels really good to be home this week at the Québec Open,” said Papineau, who returned from illness to finish in a tie for 22nd last week in Ontario. “Playing in front of my family, my friends and the home crowd is going to be really fun.”

This week’s tournament tees off Thursday and continues through Sunday. The winner receives 500 Fortinet Cup points and $36,000 CAD.

CUT: Top 60 professionals (and ties, plus any amateurs inside the top 60)

FORTINET CUP: The season-long points chase mirrors the competitive structure of the points-based competitions on the PGA TOUR, PGA TOUR Champions and PGA TOUR Latinoamérica. Through the sponsorship, the Fortinet Cup offers a new (Canadian) $100,000 player-bonus pool to the top Fortinet Cup points-earners—with $25,000 to the winner. The top-five Fortinet Cup points-earners gain membership to the 2023 Korn Ferry Tour, while Korn Ferry Tour benefits are available to those finishing sixth through 10th. In addition, the Fortinet Cup winner will also be exempt into the PGA TOUR’s 2023 RBC Canadian Open.

OPEN-QUALIFYING: Earlier this week, the tournament conducted a Monday qualifier at Rosemère Fontainebleau Golf Club, with eight playing spots available for the best-performing players in the 18-hole event. The following qualified: